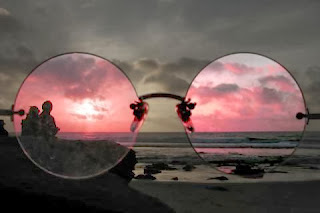 One of my friends recently attended a big corporate event at his company. Naturally, I was curious about his experience as a regular plain-guy attendee, so I peppered him with questions. I asked him about activities and team building and PowerPoints--not-so-stealthily conducing my own focus-group-of-one.

He patiently answered my questions, but when he came to the team building activity, his eyes lit up. "Oh, there was this REALLY cool thing. We all got drums...and we were led by this guy and he had us drumming and eventually we were all creating music together...and it was just SO COOL and I've never done anything like that."

I rolled my eyes and started to fill in the details for him; describing the drums and the outfits the leaders typically wore and the schtick in their routine. After all, how many drum-based team building activities have I seen at events? A dozen? More? The light dimmed in his eyes as he realized that this was something rather commonplace. I felt like I had just let the air out of his tires.

The point is--event planners have seen a lot. Audience members, as a rule, have not seen as many things as we have. It's helpful to remember this when dismissing elements as "been there, done that". After all, I've never seen an audience so bored and unaffected as when I attended an event-for-event-planners.

Events are your world, not theirs. Your audiences--unless they are meeting planners themselves--do not live, breathe and eat events like you do. They don't think about the details--they go with the experience...and the experience is novel in and of itself. Most people don't go to events on a weekly, monthly, or even bi-yearly basis. Only attending, say, one event a year gives a lot of leeway for experiencing new event concepts and ideas.

What's old to you is new to them. That being said, the average audience member hasn't experienced the full event environment often. Something that feels old because you've seen it two dozen times before may be brand-new to them, or even still feel really fresh if they only experience it at the event once a year.

They pay no attention to the man behind the curtain: they get lost in the experience.  The average audience member has no idea what is going on behind the curtain; what elements had to come together to produce the experience. Because the event is outside their typical routine in so many ways, they tend to take it as a whole. This means they're both very adaptable (more willing to try new things because they're outside of their comfort zone anyway) and somewhat forgiving.

Event elements can feel like tradition. While it may seem old hat to you, participants can look forward to a stable, consistent element at an event. For instance; playing a traditional game show every year might feel stale to you, but it might be a competitive element that the audience looks forward to year after year.