The Problem with Award Ceremonies

Award ceremonies are wonderful; they give a much-needed opportunity for recognition, are motivational and inspirational, and are a chance to celebrate the success of an entire team.
However, award ceremonies present inherent problems:
Having an Engaging Award Ceremony
So: How do you make an award ceremony interactive, fun, engaging and relevant for EVERYONE involved? Here are a few techniques that we’ve utilized during award ceremony presentations:
AniMated Hosts: An AniMated host interacting throughout an award ceremony can add continual humor, engagement and interaction. An AniMate is a 3-d animated character that interacts in REAL TIME with a co-host, presenter or the audience. We recently used a character named Bootlegger Bob to interact at the ISES Star Awards (Theme: The Bootlegger’s Ball). Bob made observations, kept the ceremony moving, presided over the entertainment, interacted with the host and provided a rollicking good time.
Game Show Activities: Just because there are a set number of awards doesn’t mean that there can’t be a little more competition. Giving everyone in the audience a stake in the proceedings can intensify engagement exponentially. Game show competitions can come in several formats. At the beginning of an awards event we’ve divided the audience into teams (by table/region/room section/whatever). Between award categories, we’ve asked the contestants to answer 1-3 questions. The questions can be based on company content, details on awards or award winners, or just plain trivia. The competition reengages and refocuses the audience, and gives continual, much-needed shots of energy throughout.
Reordering the Agenda: We’ve worked with companies extensively to design an award ceremony that is both engagement/entertainment friendly, and adult learning friendly (you want people to remember the night and key messages as well as get recognition). We’ve done agenda consultation as simple as arranging categories or entertainment elements in a logical, compelling way—or as complex as spacing out an award ceremony throughout a multi-day event.
Live Spark
Comments 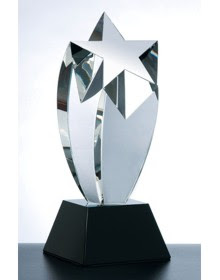 Award ceremonies are almost always a lightning rod for criticism in the event industry. They tend to be unnecessarily long, overwrought, boring, dry, tedious, torture to sit through, a like watching a particularly unengaging, seemingly-unending procession of people.

Perhaps I'm being a bit harsh. However, clients, production companies and audience members alike have expressed such derision within my hearing at some point or another.

Then why do we still do award ceremonies?

Because they can be really, really meaningful to people and very motivational. When we're not the subject of the ceremony, it's easy to forget the impact of recognition. I first realized this when one of my family members won an award at their company and were invited to the award ceremony. It was a *huge* thing for them, and their excitement and enthusiasm was palpable.

In short--award ceremonies are important, but problematic. They're a big deal to those nominated or winning awards, and a potential bore to those in the audience, (perhaps that's punishment for not winning...) or award winners after their portion is done.

So how do we deal with this? There are a few ways we can start to improve award ceremonies:

Break the awards up into chunks during the day. I know the traditional award ceremony night appeals to many--and can take the place of another structured evening of entertainment--but we've found great success in breaking up the awards into categories and presenting them in between other topics/speakers in a general session. Not only does this give small bursts of recognition and makes the whole day about recognition, but it also gives the audience a break from straight content, or presenter after presenter after presenter.

Break the awards up with other content during the award event. Having dinner during an award ceremony is fine, but there are other business matters that can be addressed here as well. We were at an association awards dinner where there were awards, then a keynote, then awards, then dinner, then swearing in of new board leadership, then the final awards.

Increase the pace of the awards. This is really a band-aid fix, but there are ways to speed up award ceremonies. Include the bios/qualifications of all nominees in a program can eliminate lengthy readings. Holding applause until the end is a way of cutting down on transition time. Having a big group picture at the end of the night instead of having individuals come on stage, get their award, snap a picture and leave can also be a time saver.

Engaging hosts--We'll often pair two dynamic presenters together, get them out from behind the podium and let them have a dialogue. Humor is key, but no cheesy Oscar-style jokes allowed. Professional emcees are also a great option.

Engaging presentation--We've often pared down award PowerPoint, added in stories, metaphors, etc., so that it's not just a presentation as usual, it has captivating elements. You can change the format of the actual award presentation, too. I.e. We once had nominees "compete" in a game show format. 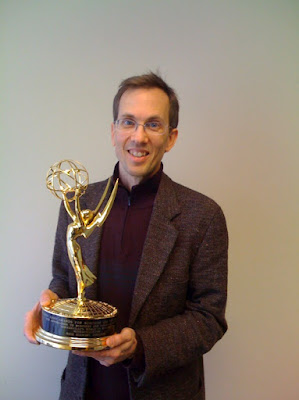