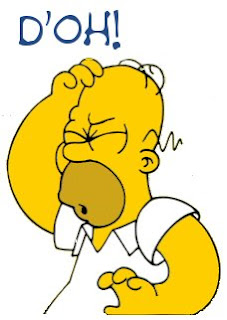 I recently caught an episode of "The Simpsons" where Homer (the bumbling father character--on the rare chance that anyone reading hasn't been exposed to "The Simpsons") decides that he wants to build his own computer.

Ever-ambitious, he gathers up the necessary supplies and assembles his masterpiece. He knows that a computer needs a keyboard, so he gets a typewriter. He finds a television set for a monitor. He attaches a CD player for a CD-rom drive. This continues on. All the elements come together and finally, Homer has a machine with all the functional parts of a computer.

But it doesn't work.

Just because all the elements are there, doesn't mean that it can perform the desired function, or produce the correct result.

We see the same thing happen with a lot of presentations in an event. (Or an event as a whole.) Not that we'd dare say that any meeting planner is akin to Homer Simpson, but they fall into the same trap.

The problem is, these individual elements don't make an event. Just as a computer is more than the sum of its parts, an event has to have every element designed with the outcome in mind. Just having content doesn't mean that the audience will absorb it. Having PowerPoint doesn't mean that there's a good presentation.