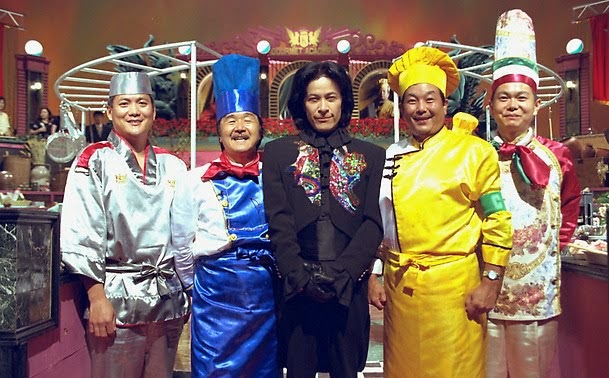 We hear it time and again from clients: "We've slashed the budget, how can you help?"
It seems that budgets are continually dropping, and creative solutions are ever-needed to do more with less.
In one instance we came up with an innovative way to help with the client's food budget. Now, we aren't typically involved in things like food and lodging and such, but in this case we integrated our solution into the event design; making it part of an ongoing competition.
Wilson's Leather had been meeting for two days when they came to their evening event: a ranch cookout. Catering was expensive, dining out before the event was a logistical nightmare, and there just didn't seem to be any good, original options for the next-to-last night.
The attendees had spent the general sessions and breakouts divided into teams; competing against each other in a series of challenges, activities, and awarded participation interspersed throughout the days.
We saw a great opportunity to both be mindful of the food budget and contribute to the ongoing competition.
Thus we staged:
Wilsons' Iron Chef.
We purchased a broad range of food supplies, rented grills, and had the teams cook their own dinners...for points.
We hired supervisory culinary students to both give teams a short course on food safety AND to supervise and intervene (in case of a safety violation or imminent inedibility).
Teams were given a set amount of time to divide up responsibilities, which included:
Menu planning
Prepping/assisting
Head cook
Auxiliary cook
Marketing materials
Presentation/pitch
The VP of Sales was designated judge--complete with Iron Chef hat and persona.
As the teams completed cooking, they brought a judge's dish up for tasting. They presented it in a creative way and received a score. After all dishes were scored, dinner proceeded as a potluck (each of the teams were responsible for producing both a tasting dish and a certain amount of all components of their meal).
The scores for Iron Chef were then added to their teams' running totals.
The teams left well-fed and with the pride of accomplishment. It was both fun AND tasty.
Live Spark
Comments 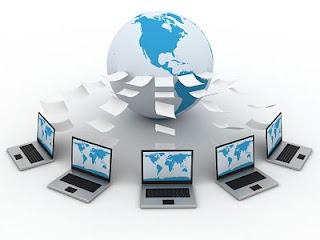 We recently attended the Virtual Edge Summit, where the big buzz centered around "hybrid events". We have hybrid corn, hybrid pets, hybrid cars...in this modern day and age, it was only a matter of time before we got the hybrid event.

So what the heck is a hybrid event, anyway?

Simply put--a hybrid event is the blend of an in-person conference with a virtual component. This can be done several ways:
Wisely--though virtual events have become a solution to decreasing travel and production budgets--we haven't thrown the baby out with the bathwater. In-person events may be toned down or reduced in size, but they still have undeniable appeal and value, and are regarded correctly as necessary. Going to an entirely virtual solution is not a route that companies seem eager to travel. (And virtual events present their own unique set of challenges where audience engagement is concerned.)

While we see the promise in hybridizing events, there's a danger in thinking that a broadcast of a live event is an adequate virtual event. A death-by-Powerpoint situation in a live setting is not improved by moving it into the virtual space. In fact, it's more difficult to capture and retain the attention of your audience when they're in front of their computer--one of the biggest distraction-makers and multi-tasking tools out there.

So while the future of a hybrid event is bright and undeniable, this is a prime opportunity to rethink the presentation of content and to tailor it for a broader virtual space.
Live Spark
Comments

The High Cost of an Ineffective Event

While talking to a client the other day, he revealed some interesting calculations for the cost of their next event.

Factoring in the number of people, productivity and sales lost from being away from the office, and actual event cost (venue, keynote speakers, food, lodging, activities), the company was spending...

That's a heck of a lot of money. Especially when companies are being particularly frugal nowadays.

We're not saying don't host your event. Certainly not--events have value that far exceeds their cost.

What we are saying is that if you're going to spend $100,000 PER HOUR on a three day event, shouldn't it be the best darned event ever?

You wouldn't. So it's time to rethink how much an event is *really* costing. If it's the same old event as usual, then the price is far greater than the budget allows--even if it's not in dollars.
Live Spark
Comments

In my daily perusal of the interwebs, I stumbled upon this quote.

One in eight Americans works in the travel industry. Meetings Mean Business is a grassroots campaign whose goal is to protect the millions of American jobs that depend on business meetings and events. Right now, events across the country are being canceled because of dangerous political rhetoric and media sensationalism that attempts to embarrass corporate America away from travel at the expense of working Americans. If our government is serious about recovering our economy and creating new jobs, we need a robust travel industry that supports the jobs of millions of hardworking Americans in hotels, restaurants and conference centers all around the country and empowers businesses who rely on travel for meetings, events and performance incentive programs to recover and grow.

Bill Marriott has similar things to say about the economy and business meetings in his blog. A few select quotes:

In the past few weeks alone, we have had millions of dollars worth of meetings canceled, because companies fear how they will be perceived.

I also feel strongly that scaring companies, including those that have not received emergency government assistance, into eliminating travel from their normal course of business will hinder our economic recovery at a time when we need to do everything we can to stimulate our economy and create jobs.

It's a frustration of anyone dealing with corporate events. A lot of companies are cutting back on getting everyone together, and it's hard to blame them--what, with all the media pressure to do so.

Meetings Mean Business and Mr. Marriott are going at this turn of events from a jobs standpoint, but while I agree with and respect that viewpoint, the cancellation of corporate meetings is not just hurting jobs in the travel industry--it's hurting the corporations themselves.

These are uncertain times, to be sure. Employees of even large, seemingly bullet-proof, companies are worried about their longevity. While most are putting their noses to the grindstone and working even harder, it's hard to function at an effective rate when one is operating from a position of fear.

Now, more than ever, employees need guidance and direction. They need to know that the company has a strong vision, goals and--ultimately--a plan for better or worse. They need to hear a strong leader--the CEO, perhaps, or their management team--come forward and give them reassurance; even if that reassurance is in the form of, "Times are tough and here's what to expect."

Now, some would say that there are meeting alternatives, but this simply is not so. Webinars, memos, video conferencing--all are great and have their place, but are paltry substitutions for getting everyone together.

Having a meeting in a time of economic downturn and uncertainty:
This doesn't mean that companies still have to put on the same glitz-n-glamor events that they did in the past. By all means, cut back on the event; save money on the location (Dallas instead of Palm Springs?), on the golf outings (there are incredibly effective, cheap team-building alternatives), on the printed materials (make meeting information available online), on the meals (chicken instead of shrimp and lobster?)...

...there are a million little ways to cut the budget in an event and still host it. In fact, some of the most effective events we've been to have been scaled-down, minimalist affairs. The important thing, right now, is a unifying message--and that means unifying a company's workforce.

And that, ultimately, means bringing them together. So don't cancel your meeting as a first reaction. Evaluate whether it's necessary (yes, probably even more so now), and take a critical look at where the money in the event is going.

Because when a company cancels its corporate meetings, it not only hurts jobs in the travel industry, but it also hurts the company.
Live Spark
Comments

Events in the Time of Downturn

Recently in the news: AIG canceling their big incentive trip due to pressure to show a buttoned-down, cost-conscious face.

Now, annual events like sales meetings and marketing get-togethers aren't exactly of the same ilk as an incentive trip, but in light of the economy, many companies are facing pressure to cut costs. This means, often, that the budget for events is slashed dramatically.

Days may be cut out of a trip, the attendee list may be shortened, and event planners are faced with having to make do with less.

Fortunately, making do with less doesn't mean doing less for your attendees. Because what your event comes down to isn't the pricey items like the staging design and teambuilding golf outings. You can engage your audience without the big set, and you can have an engaging networking activity without the 18 holes.

Meetings, in times of budgetary crunches, can be more critical than ever. It's an opportunity to rally the troops, focus on the coming directives, get everyone on board and boost morale.


Remember, there is one universal truth in meetings; expensive or low-budget: the audience wants to be engaged. With unlimited budgets, there's the temptation to engage them with high-tech.

So how *do* you still hold those crucial events with LESS budget and have them be MORE effective than ever?

Your audience wants to play...
To get people to interact, you don’t need a golf outing or an expensive cocktail hour—you just need to set up an environment where they can *play* in a meaningful way.


Your audience wants to be persuaded…
Let your audience know what the game plan is moving forward, why it’s going to work, and what’s expected of them to implement the company plan. Address their objections up front so you can move forward in the event.

Your audience is not going to remember some of the more expensive things; lighting grids, custom opening videos, etc. They SHOULD remember your message.