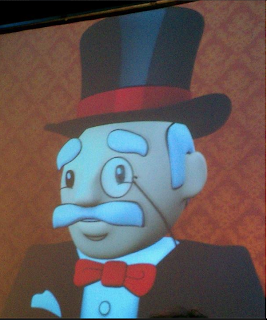 We would say that the success of the AniMate speaks for itself, but the amazing, overwhelmingly positive feedback from our clients, the audience, and past clients is what *really* speaks.
Live Spark
Comments 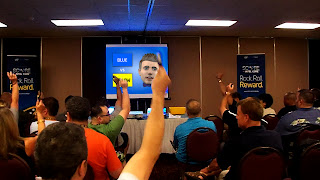 Our Task:
Intel wanted a way to communicate three key initiatives to Best Buy District Managers within a 45-minute workshop. Since there were other vendors giving similar workshops throughout the day, they needed to make sure that their presentation cut through the noise and stood out. Since the District Managers are in a position of influence in stores, they also needed to make sure their messaging was memorable and “sticky” enough to take back to the stores. 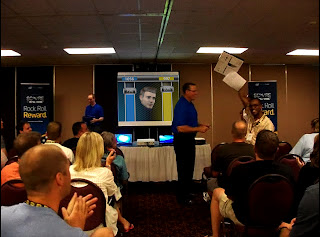 Solution:
Making a presentation into an engagement experience.

We divided the audience into teams and gave them each their own audience-response keypad. Using this keypad, they all played along in a game show (called the Intel Ultra Bowl). In addition to the game show, there was also a live, 3D, AniMated game show host tasked with emceeing the event, hosting the show, adding in humor, and interacting with the audience in real-time. The game show both reinforced and taught the content, and the event was structured so that additional information from Intel experts was placed at key moments of peak attention within the game. 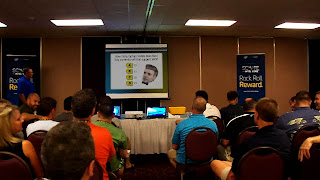 Results:
The audience remained engaged throughout the entire presentation, and their delight and participation in the event was evident in their rave reviews. The buzz created by the workshop lasted long after the event was over.
According to Intel client:

“The Best Buy folks are still talking about the event even today [3 days post-show],” and “One word: AWESOME! The feedback has been great!”

According to Best Buy:

“I heard GLOWING comments about the Intel Breakout…Thanks for putting together a great experience for our employees.”