How to select an AniMate for an event. 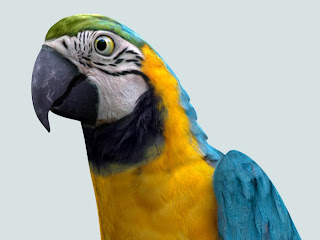 So you want to use an AniMate for your event.

(And why wouldn't you? They engage an audience, further your message, increase content retention, add humor and interactivity and become one of the favorite elements of any event for years to come...)

How do you know which AniMated character is right for you? There are two ways to think about an AniMate--what is their role, and what is their character.

Character: A character is the actual form the AniMate is going to take. Are they a human? A bird? A talking line?  Characters can be humanoid, animal, logos coming to life, abstract designs, talking products, etc.

When our clients are selecting an AniMate, the selection process doesn't just happen one way (first we decide on a character, then figure out his role or vice versa), this can be inspired in many ways--from a beloved company mascot to getting inspiration from a location (our most recent AniMate was a horse after finding out the event was being held at Wild Horse Pass). The most important thing about the AniMate, however, is not what form it takes, but its role. The role determines what tone the characters' messaging will take and how they relate to the audience.

Company/Program Mascot: Some companies have pre-existing mascots that can come to life, others want to create a mascot for an event, program or as an ongoing part of their company. A mascot takes on an inspirational role and supports the event in a more company-centric way. A few examples of mascots we've AniMated: The Pillsbury Dough Boy, Geoffrey the Giraffe, Charge the Rhino, and several other logos/characters that have either come to life or have been developed specifically for the event.

Future Character: A character that knows what is going to happen in the future, and is excited to be at this event to share their wisdom/knowledge, and to urge the audience in a certain direction. They can be there because this is truly the time when everything all comes together, or because it's the moment where they need to make a decision to change things radically in order to succeed.

One of the Audience/Audience Advocate: This is a character who--in some way--represents a member of the audience. They could have either been "sucked in" to the virtual world somehow, or be someone/some thing who was planning on attending for the first time. (I.e. In a convention of meeting planners, we had Eddie the Eagle--who was the head of meeting planners for eagles.) They have the audience's interests in mind and ask the same questions that they would ask. These are usually the most compelling and effective characters; especially if the audience needs to be persuaded or the company is facing challenges ahead.

Skeptical Joiner: A character that appears at an event with ingrained skepticism apart and perhaps above what the audience could typically express. This could be a representation of a new-hire or someone applying to be one of the audience, something who is looking for a team to join, or someone who is not certain they believe in a new product or idea. Eventually, of course, they come around; taking the audience on the journey with them. Two examples of skeptical joiner characters we've done are Petey the Pirate--who was just a pirate sailing on into the event and seeing if this was the right sales force to loot and plunder with (if the company had the right plan and the right resources and were ready to go)--and Lenny the Louse (a louse that showed up at the meeting of a lice-removal product launch with confidence that he would still be okay...but then getting more and more frightened as he learned about the product, and eventually deciding, "If you can't beat 'em, join 'em".)

Product Advocate: This character is more often used in tradeshow environments than in meetings. Their role is to promote a product to the audience in a variety of different ways. They can be a user, an expert (i.e. a professor) or they can even be the product themselves. They communicate the different features and benefits and can answer any questions about the product on the minds of the audience.

Emcee Only: Sometimes you need a little character in your event. Characters don't always have to interact with presenters and further the message. I mean, we think it's most effective when they do, but they are also engaging in their own right. They have the advantage of being a unique and novel host and can bring humor along with serving as a point of continuity throughout an event. Sometimes they aid a human (real-live-non-animated) host in their role, delivering essential housekeeping and other logistical notes in an engaging way.