Your Audience Has Baggage 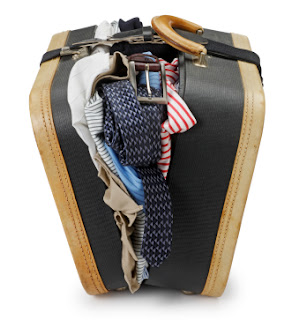 Say you're having an annual sales meeting. The audience comes into the ballroom and sits diligently in front of the stage. What's known in the industry as the SUSD opening video plays (that's Shut Up Sit Down for non-insiders). The CEO comes out to speak about the previous year and the goals for next year. And your audience shuts off.

It's all pretty straight forward; but is the message that is being delivered even acknowledging the state of the audience? People don't just come into a sales meeting all tabula rasa; waiting for you to dump 8 hours of information into their heads (not that information should be dumped anyway, but that's another blog post). They come with the whole year on their shoulders.

We're not saying that you have to start off a meeting with a little therapy session, but measures must be taken to move your audience from baggage-carrying and not-really-listening to an unburdened audience ready to see the possibilities of the next year. If you don't do this, every persuasive point you try to make (i.e. "We can hit 3% growth, here's what I want you to do," will be met with skepticism).

1. Acknowledge what they're going through. If it's been a tough year, don't kick off the meeting like everything is great. Ignoring a major communal issue that the audience has isn't going to make them forget it--it's going to make them reiterate that issue in their heads after every point you make.

It's not enough to say, "It's been a tough year," either. Open by relating to the audience. "I know it's been a tough year; you've had problems retaining sales leaders, our clients only seem to want bargains, we're late on x product." That way you can get over the past and move forward into the coming year. Maybe the situation isn't going to improve--but acknowledging that you're all going through it is going to help people deal with it as a team.

2. Anticipate objections. You want the audience to adopt a new sales strategy, but in the past you've gone through "new sales strategies" like a couch potato working on a bag of chips? (This year: Relationship Selling! Next year: No, Now Whiteboarding!) What makes you think that the audience will have faith that the new way will stick around? Why would they make the effort to adopt something that will be gone in a few months? Pre-frame their objections by acknowledging the situation of the past and giving concrete reasons (what's in it for them) for the future strategy.

3. Acknowledge your shortcomings. If you didn't deliver on something--don't be afraid to admit it to your audience. "We know that we didn't give you marketing support like we promised, but we'll have to do more with less." It's not justification to tell the story of an initiative gone wrong. It's a way of bringing it to a rational, understandable level. Be sure to follow up, of course, with why it's not going to be this way in the future (or alternate options if it IS going to be this way in the future).